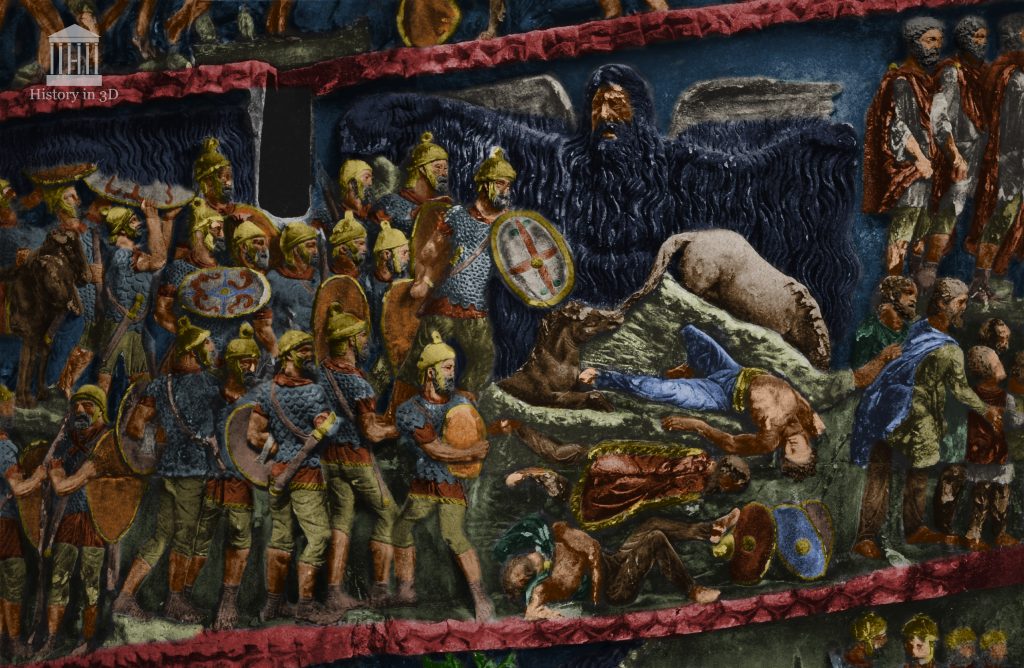 Our “History in 3D” team continues to work on 3D reconstruction of Rome as part of the    project. After the reconstruction of the Trajan’s column was completed, working on another famous monument, the column of Marcus Aurelius, has been started a few weeks ago. A significant part of the spiral relief has already been reconstructed and colored. Despite the fact that this column is damaged much more than the column of Trajan, the experience of previous works allows us to work faster. We’re planning to release this reconstruction to the public in the near future.
Here are two relief scenes from the part which has been reconstructed already. The first one depicts the march of the Roman army with the Dacians allies, who were depicted on the column of Trajan as enemies of Rome, 70 years ago. 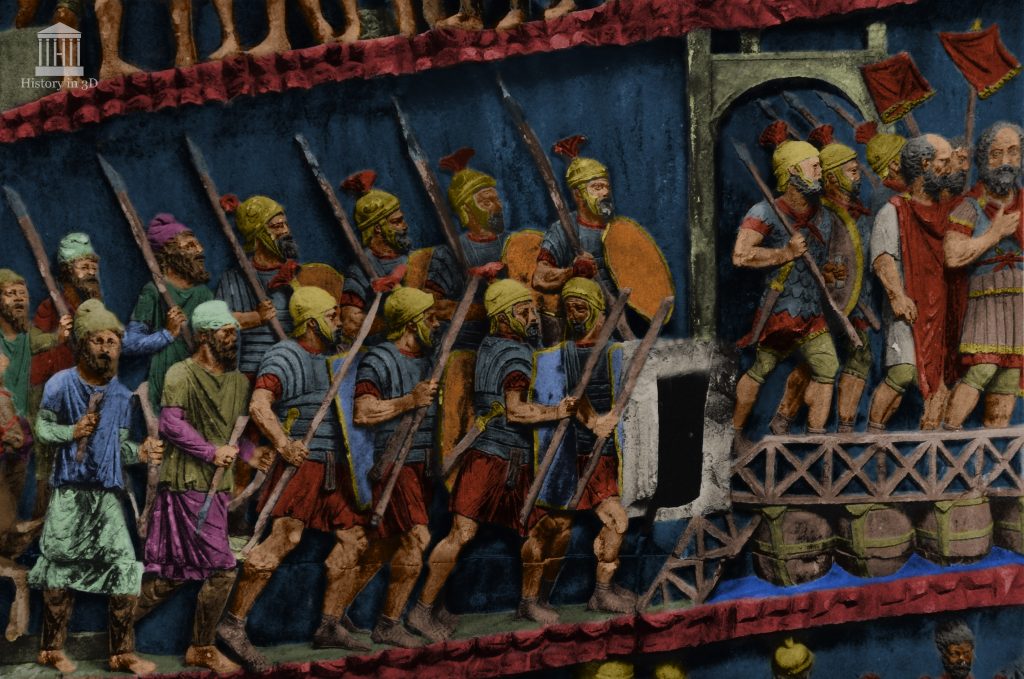 The second scene is of the most unusual and interesting ones of the entire relief of the column. The so-called “Rain miracle” is depicted here, representing the event that took place in 172 AD in the war against Quadi. 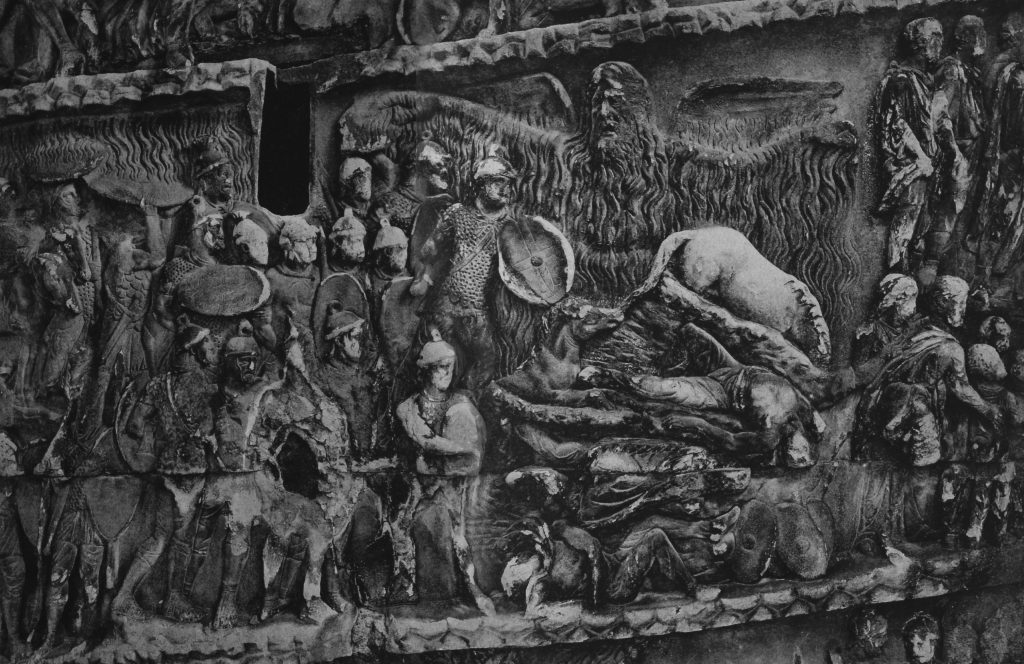 Sample scene 2 – “Rain miracle”, before and after reconstruction

According to Cassius Dio, “it was Marcus Aurelius good fortune to win an unexpected victory, or rather it was vouchsafed him by heaven. For when the Romans were in peril in the course of the battle, the divine power saved them in a most unexpected way.” Romans were in a difficult situation, as they were surrounded by the enemy forces. It was very hot and dry weather, there wasn’t enough water, so Romans even considered capitulation. But then, according to Dio: “Suddenly many clouds gathered and a mighty rain, not without divine interposition, burst upon them…when the rain poured down, at first all turned their faces upwards and received the water in their mouths; then some held out their shields and some their helmets to catch it, and they not only took deep draughts themselves but also gave their horses to drink.”