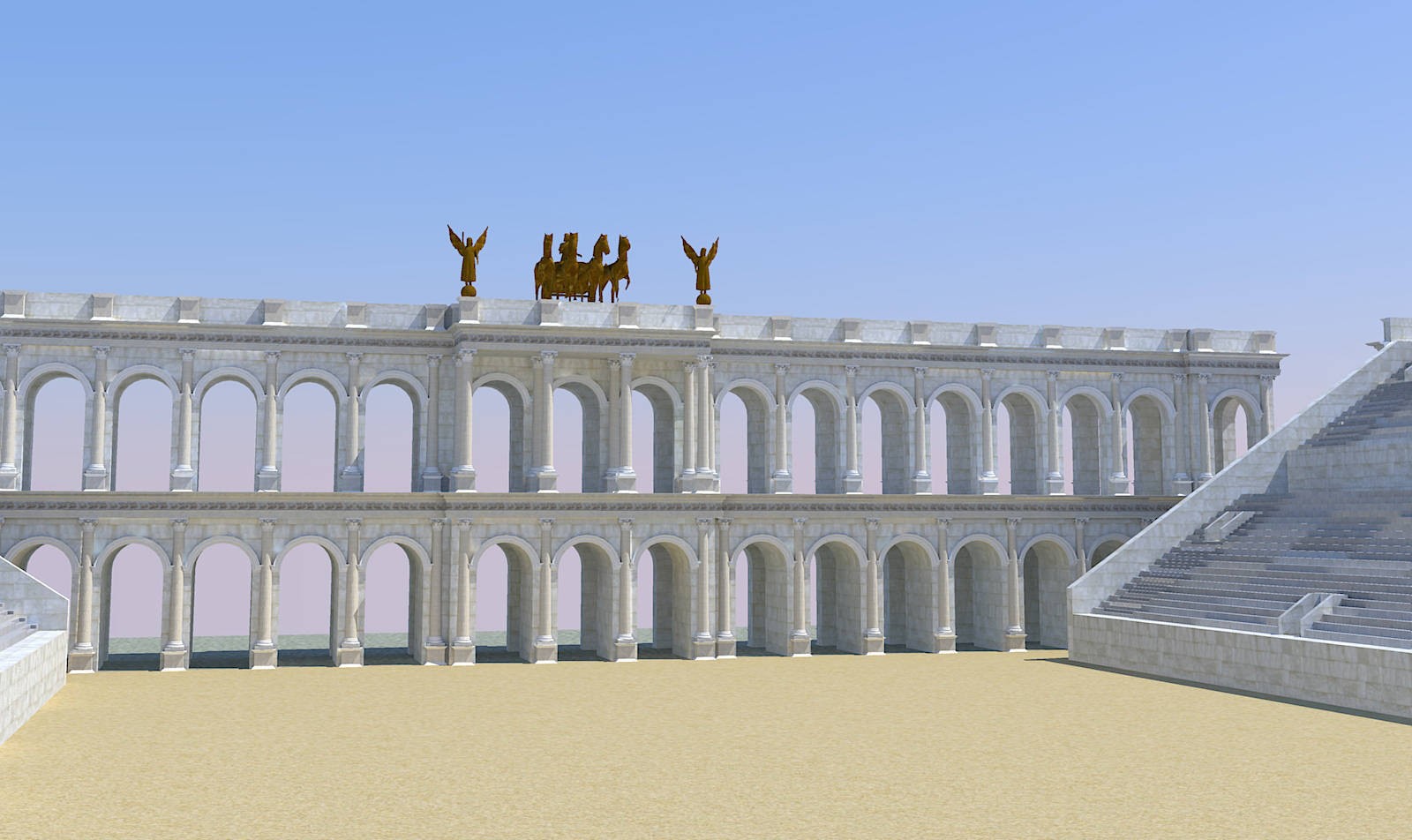 Roman architecture and urban art are definitely a priceless heritage that mankind has gradually accustomed to appreciate. How interesting it happens: first, the monuments of antiquity (as is now well known, often with the hands of local residents) have been virtually wiped out, but now we are committed to gather the crumbs of what’s left and try to imagine how it all looked before…

Leave this lyrical introduction. This is all to the fact that I wanted to say that one aspect of the variety of the Roman heritage – the types of buildings, which had quite clearly defined functions. There was even a sort of “template”, but for justice’ sake we have to say that as a general rule the buildings of even one type had their own inimitable features.
This is the baths for which during the centuries it had worked out a similar overall layout, but it still differed from each other. Also it is and theaters and amphitheaters, and stadiums (circuses). Just about one of the stadiums I’ll tell today. 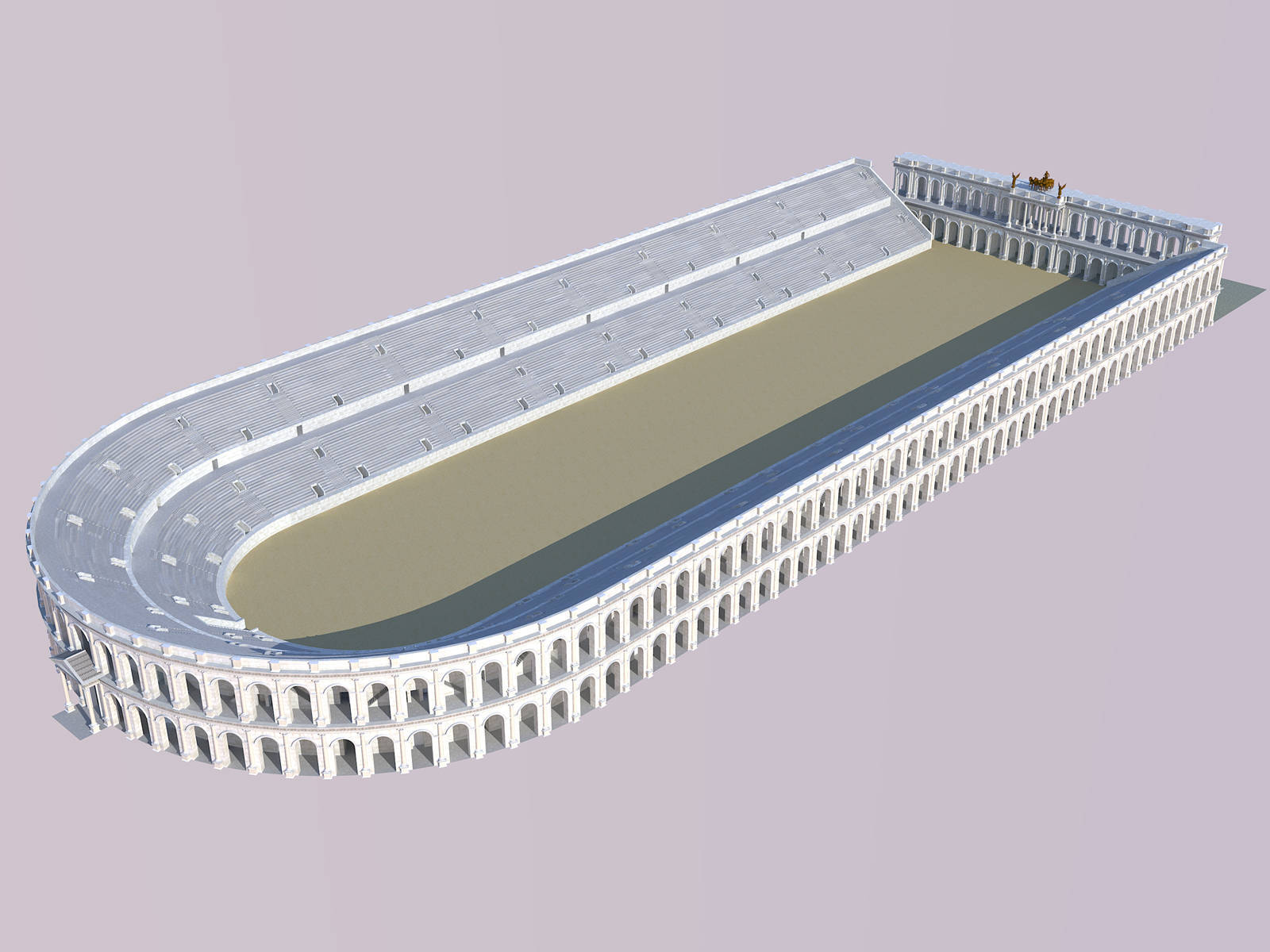 Only in the Rome, the number of stadiums runs into tens, it seems that in the heyday of Rome almost every second emperor sought to be noted in this field. But in fact this is due to high demand on the spectacle and due to a huge population of the city (in I-II cent., according to various estimates, from 300,000 to 1.2 million). In the Circus Maximus about 150,000 people could have a seat, and this was certainly not enough, given that the vast majority of the population of Rome spent almost all their time in the stadiums, theaters, and baths. That is why the construction of new places dedicated to show the spectacle did not end up in the V cent.

I would like to say a few words and share with the reconstruction of stadium of Domitian, which is not as well known as the Circus Maximus, but it was the second big stadium in the city and, unlike many of his colleagues, it was not used as the building material for first Christian churches when the Roman empire still existed. The games in the stadium went up to the fall of the empire, and even after the first century, under the Goths. Only after the devastating wars in the VI cent, when the city had almost no population, it was abandoned for good. 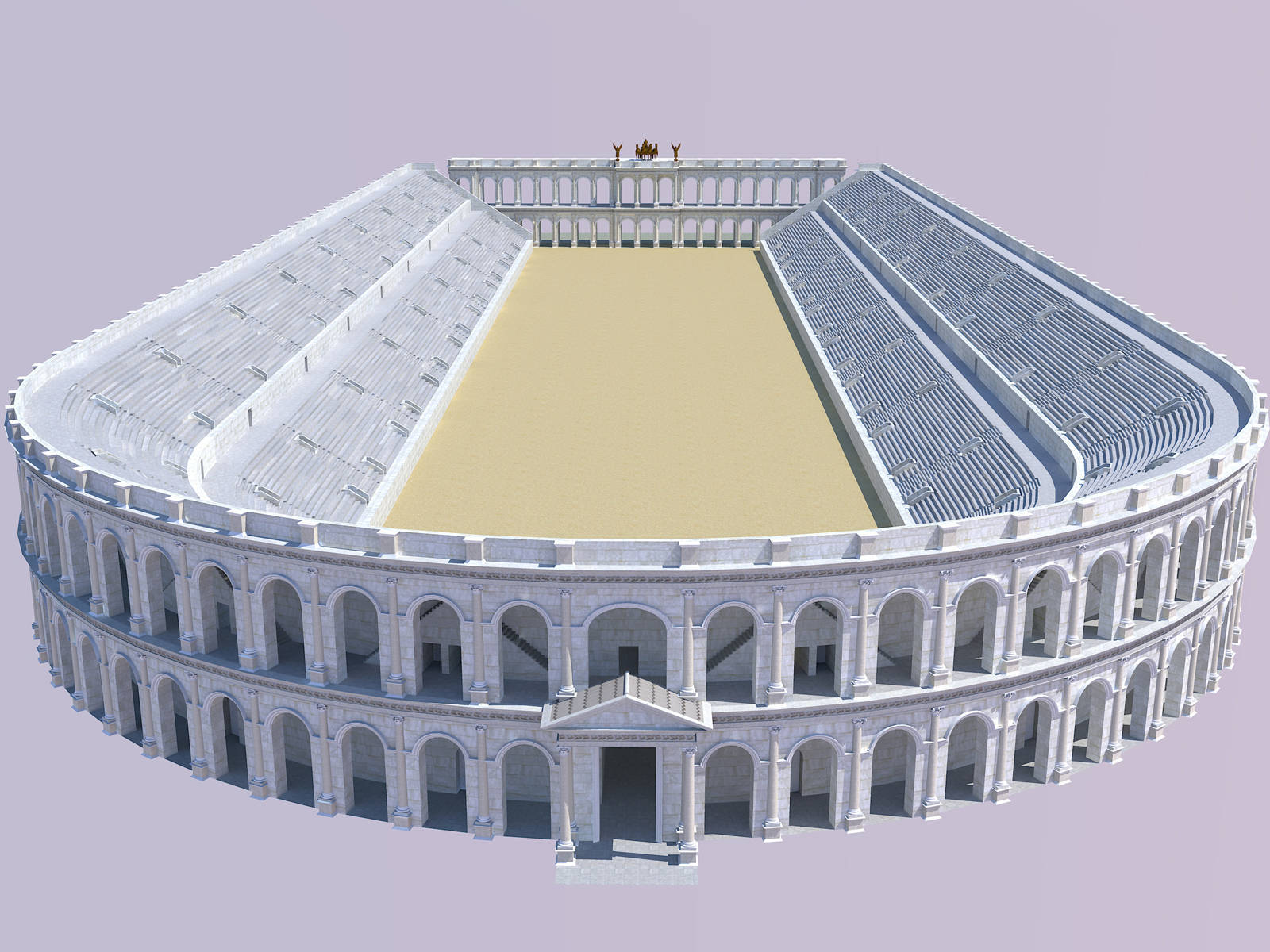 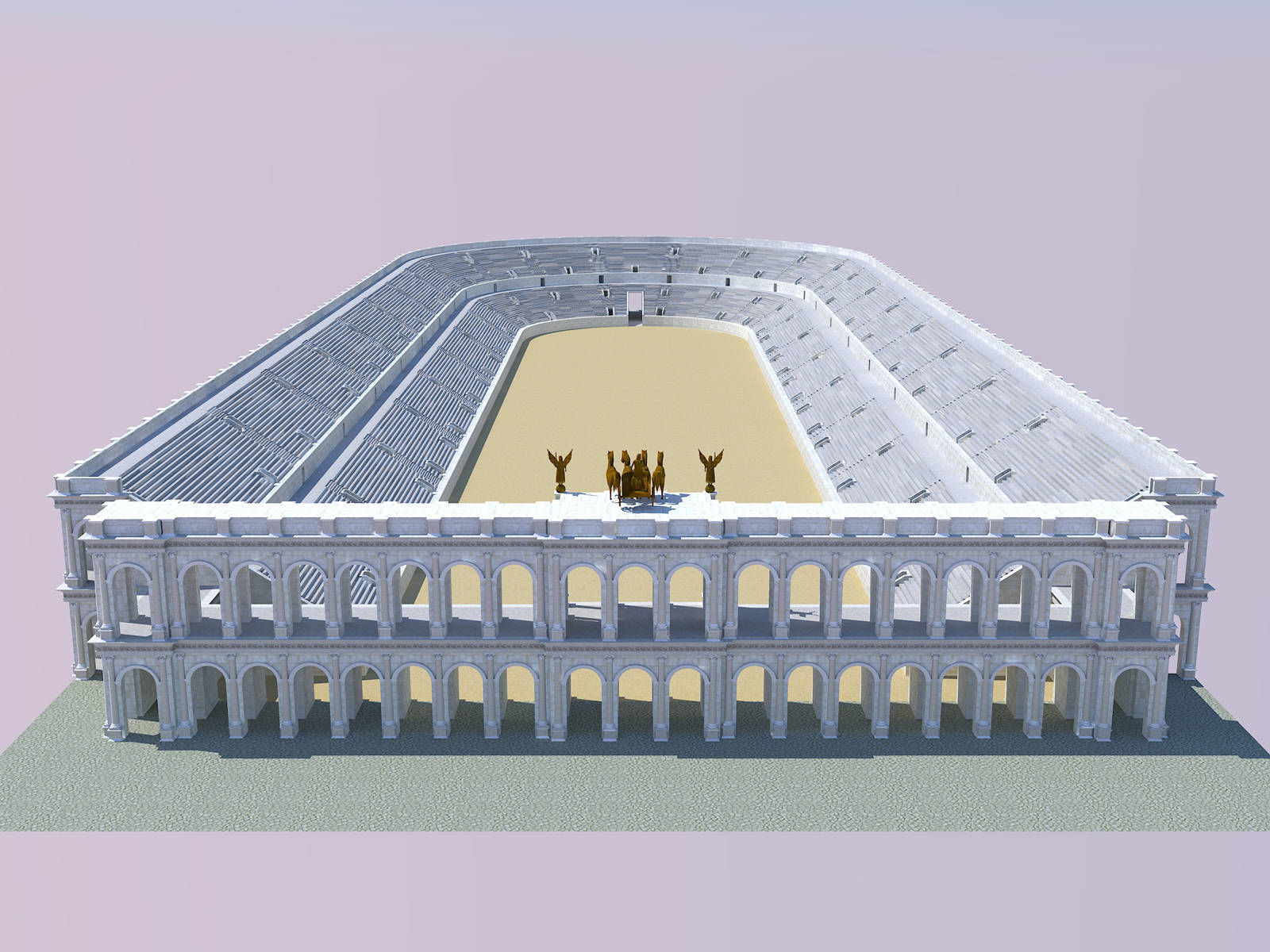 The stadium was built by Domitian in 85 year. It had a length of 275 meters and a width of 106 meters. They write that it could accommodate a 15,000 spectators, but it seems likely that this figure is suitable for the Odeon of Domitian, which was situated near the stadium. It seems that the stadium had seats foe about the same people as the Colosseum – about 80,000. This is consistent with the fact that when the Coliseum was closed for repairs for a long time in the III., all the games and battles with the Coliseum “moved” to the stadium of Domitian. In normal time it was competitions in running, discus throwing, fist fights at the stadium.

In contrast to the Circus Maximus, the stadium of Domitian had a strictly symmetrical layout, the end was decorated with Corinthian colonnade, from which usually contestants started. By perimeter the stadium was surrounded by two tiers of arcades, in which the markets and taverns were situated.

In the Middle Ages, the stadium, as well as the vast number of roman buildings, have been abandoned and used as the building material. In addition, like all other buildings in the Champs de Mars, the stadium was unlucky in that he quickly found himself in the precincts of the new Rome, and was built with the new buildings simultaneously with the demolishing and using as building material. Thus now we have only small fragments of arcades, embedded in new buildings.

However, the contour of the stadium is still recognizable – the arena in its place now is Piazza Navona, which has become a new landmark of the Eternal City.